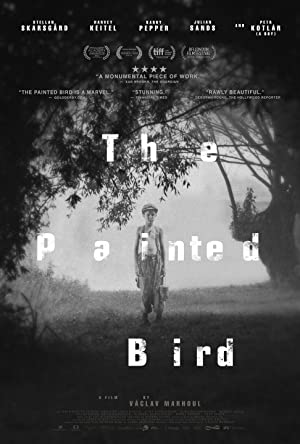 "Light is visible only in the dark."

Based on the acclaimed Jerzy Kosinski novel, The Painted Bird is an epic and meticulous evocation of one boy's journey through Eastern Europe at the bloody close of World War II. As he struggles for survival, The Boy suffers through extraordinary brutality and witnesses firsthand the terrifying violence of efficient, ruthless soldiers – both Russian and German. In a defining scene, one of the peasants shows The Boy the flight of a captive bird, whom the man has painted and then released back into its own flock. The bird is immediately ripped apart because it is different from its fellows. That lesson reinforces all The Boy already knows and will soon know better: difference is fatal. When he is miraculously reunited with his weakened father at the end of the war, The Boy is cold and impenetrable, hardened by his ordeal. Yet we can still glimpse something of the old, sensitive Boy behind the eyes of the new. Perhaps there is hope.