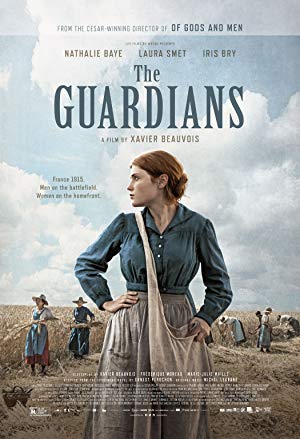 "France 1915. Men on the battlefield. Women on the homefront."

An affecting human drama of love, loss, and resilience unfolds against the backdrop of World War I. The women of the Paridier farm, under the deft hand of Hortense, the family's matriarch must grapple with the workload while the men, including two sons, are off at the front. Hortense reluctantly brings on an outsider, the hard-scrabble teenage orphan, Francine , to help her daughter Solange. New tools allow the women to triumph over the land, newfound independence is acquired, yet emotions are stirred especially when the men return from the front on short leaves.

Acclaimed filmmaker Xavier Beauvois (Of Gods and Men) revels in the mysteries and beauties of the French countryside, here unravaged by war, with painterly images bathed in natural light, yet keeps his focus on the intricate drama that plays out against the upheaval of the Great War.

Plot summary from IMDb: Women are left behind to work a family farm during the Great War.