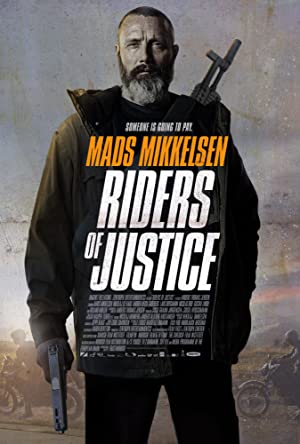 "Someone is going to pay."

Mads Mikkelsen (Another Round, Arctic, The Hunt) stars as Markus, a soldier recenbtly deployed from Afghanistan, who is forced to return home to care for his teenage daughter after his wife is killed in a tragic train accident. But when a survivor of the wrecked train surfaces claiming foul play, Markus begins to suspect his wife was murdered and embarks on a mission of revenge to find those responsible.

Plot summary from IMDb: Markus, a deployed military man, has to go home to his teenage daughter, Mathilde, when his wife dies in a tragic train accident. It seems to be plain bad luck - but it turns out that it might have been a carefully orchestrated assassination, which his wife ended up being a random casualty of.