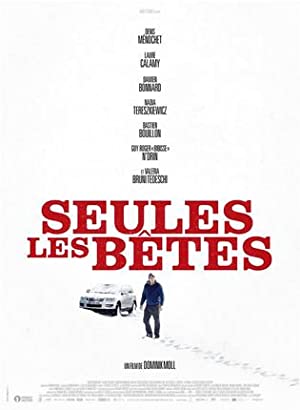 A woman is missing. Following a snowstorm, her car is found on the road up to a plateau where a few isolated farms struggle to survive. While the gendarmes have no leads, five people know that they are linked to this disappearance. They all have their secrets, but no one suspects that the whole story began far from this mountain swept by winter winds, on another continent where the sun beats down and where poverty does not prevent desire from dictating its laws.

With its non-linear narrative, Dominik Moll's Seules les bêtes is an engaging and satisfying film that is well paced and smartly constructed, and it succeeds in challenging the audience to question their own perception, biases and willingness to accept untruths when it suits us.

Plot summary from IMDb: A woman disappeared. After a snowstorm, her car is discovered on a road to a small remote village. While the police don't know where to start, five people are linked to the disappearance. Each one with his or her own secret.